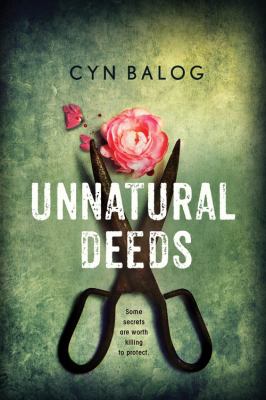 A novel of infatuation and obsession, Unnatural Deeds has an electrifying ending that readers won't see coming.

Victoria Zell doesn't fit in, not that she cares what anyone thinks. She and her homeschooled boyfriend, Andrew, are inseparable. All they need is each other. That is, until Zachary Zimmerman joins her homeroom. Within an hour of meeting, he convinces good-girl Vic to cut class. And she can't get enough of that rush.

Despite Vic's loyalty to Andrew, she finds her life slowly entwining with Z's. Soon she's lying to everyone she knows in an effort to unravel Z's secrets. Except Z's not the only one with a past. Victoria's hiding her own secrets, secrets that will come back to haunt her...and destroy everything in her path.

A novel of deception and obsession, Unnatural Deeds will leave you wondering who you can trust and who’s obsessed with who. Victoria Zell is the new kid at St. Ann’s. She talks to no one at school and no one talks to her, but's she's fine…