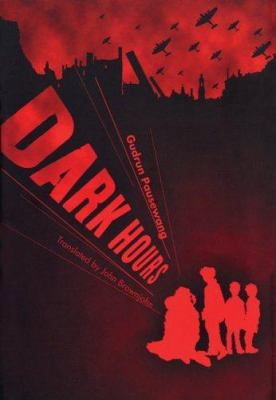 On Gisel's 16th birthday, her world, like the war effort, begins to crumble. Her father is away, serving in the German army, when the advancing Allies force the rest of the family to flee their home. Gisel, her younger brothers, and their pregnant mother board a crowded train. But when their mother goes into labor, the children are separated from her at the next station.

Before they know what's happening an air raid siren sounds, and Gisel barely manages to hustle her siblings into a trackside bathroom. When the bombs hit, the children are trapped. As they await rescue, Gisel's only adult communication is with a dying soldier, buried on the other side of the wall, who offers guidance on how to survive.

Told as a grandmothers birthday gift to her 16-year-old granddaughter, Dark Hours is a suspenseful and dramatic novel about the injustice of war, its impact on ordinary people, and the hope that resonates in the human soul.