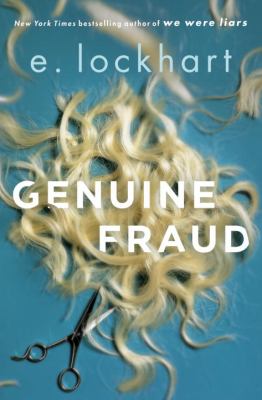 From the author of We Were Liars , which John Green called "utterly unforgettable," comes a unique novel that showcases E. Lockhart's unmatched ability to play with style and deliver a perfectly plotted, well-written novel with a surprise twist.

Be among the first to meet Imogen and Jule!

Imogen is a runaway heiress, an orphan, a cook, and a cheat.
Jule is a fighter, a social chameleon, and an athlete.
An intense friendship. A disappearance. A murder, or maybe two.
A bad romance, or maybe three.
Blunt objects, disguises, blood, and chocolate. The American dream, superheroes, spies, and villains.
A girl who refuses to give people what they want from her.
A girl who refuses to be the person she once was.

"You will devour it." --Gayle Forman, bestselling author of If I Stay

" Fans of E. Lockhart's We Were Liars will love this . . . and definitely won't see the ending coming." --HelloGiggles.com

"Tangled secrets, diabolical lies and, ultimately, a mind-blowing outcome are crafted with the plotted precision we expect (and love!) from E. Lockhart ." -- Justine Magazine

"As with E. Lockhart's previous novel, the best-selling "We Were Liars," [readers] will likely finish the last page and flip right back to the beginning to search for clues they missed." -- Chicago Tribune