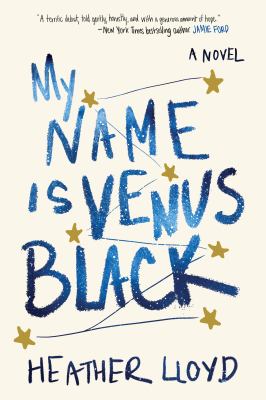 I think about this a lot lately, trying to figure out how I got here. I trace my life back in time, looking for all those places in the past where, if I could change one key detail, I would never have seen what I saw or done what I did that terrible February night. Venus Black is a straitlaced, straight-A student obsessed with the phenomena of astronomy-until the night she commits a shocking crime that tears her family apart and ignites a media firestorm. Venus refuses to talk about what happened or why, except to blame her mother. Adding to the mystery, Venus's developmentally challenged younger brother, Leo, suddenly goes missing. Five years later, Venus emerges from prison with a suitcase of used clothes, a fake identity, and a determination to escape her painful past. Estranged from her mother, and with her brother still missing, she sets out to make a fresh start, skittish and alone. But as new people enter her orbit-including a romantic interest and a young girl who seems like a mirror image of her former lost self-old wounds resurface, and Venus realizes that she can't find a future while she's running from her past. In this gripping story, debut novelist Heather Lloyd brilliantly captures ordinary lives upended by extraordinary circumstances. Told through a constellation of captivating voices, My Name Is Venus Blackexplores the fluidity of right and wrong, the meaning of love and family, and the nature of forgiveness.