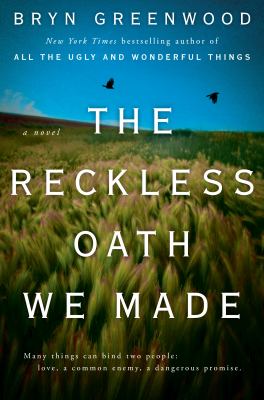 From the New York Times bestselling author of All the Ugly And Wonderful Things, a propulsive new novel about a Kansas woman who discovers redemption--and love--when she joins forces with a surprising champion in her race to save her broken family. Zee doesn't consider herself anyone's heroine. Almost six-foot with orange hair and a bum hip, most of her waking hours are spent worrying: about never-ending bills, her gullible, beautiful sister, her five-year-old nephew, and her housebound mother. To Gentry, Zee is the ultimate heroine. They first met two years ago, when the voices Gentry hears called him to be Zee's champion. Though they've barely spoken since, Gentry has kept watch, ready to come to her aid as a modern-day-knight in shining armor. Then Zee's sister is taken hostage during a violent escape at the prison where she volunteers. To protect her family, Zee turns to the last person she ever imagined--Gentry. With the authorities no closer to finding her sister, she decides to take matters into her own hands and, with Gentry at her side, sets in motion a series of events that will alter their lives, and those of everyone they love, forever. From the New York Times bestselling author of All the Ugly and Wonderful Things comes a newly provocative love story between the unlikeliest of people, and a tale of one woman's crooked path to redemption.