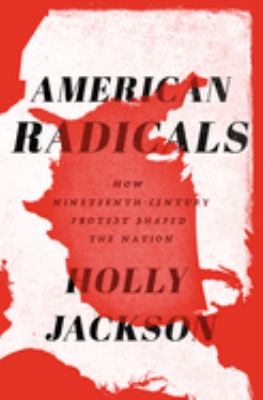 A rollicking, character-driven narrative history about the nineteenth-century radicals--from Fanny Wright and Henry David Thoreau to John Brown and William Lloyd Garrison--who demanded that the United States live up to its revolutionary ideals, and what their successes and failures can teach us today July 4, 1826, marked a turning point for the young United States. Even as Americans lit firecrackers to celebrate their country's fiftieth birthday, both John Adams and Thomas Jefferson were on their deathbeds. They left behind a country with a solid political system and a growing economy--as well as increasing political division over slavery, which still tarnished the "land of the free." Luckily, a new generation of political thinkers was ready to take up the mantle and finish the revolution the Founding Fathers had started. They were men and women, black and white, fiercely devoted to a variety of causes that put them outside the mainstream- from the brilliant heiress Fanny Wright, whose choice to speak in front of mixed-gender crowds created almost as much scandal as her calls to destroy the institution of marriage; to the radical abolitionist William Lloyd Garrison, whose nonviolent principles would be tested as the conflict over slavery pushed the nation to its breaking point; to the black nationalist Martin Delany, who smuggled escaped slaves across the Canadian border and funded John Brown's raid on Harpers Ferry--only to ally himself with Southern Confederates after the Civil War. Tracing the period from 1824 to Reconstruction, American Radicals- How Nineteenth-Century Counterculture Shaped the Nation rediscovers these largely forgotten figures, and others, in all their heroism and complexity, and in so doing adds to our understanding of an often neglected but crucial period in America's stop-and-go journey toward living up to its promises. The result is a surprising, panoramic work of narrative history, one that offers important lessons for today's generation of radicals and resisters.