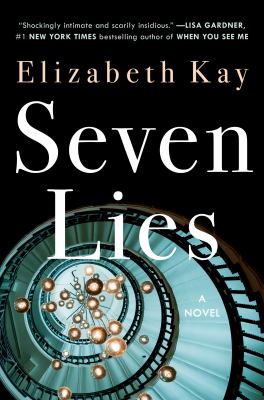 "Jane and Marnie have been inseparable since they were eleven. Growing up, they shared everything, they knew the other's deepest secrets, and they wouldn't have had it any other way. Jane was always happiest when it was just the two of them; in fact, she remembers those days as the best time of her life. And even when Jane married the man of her dreams, somehow, Jonathan only added to Jane's life, without subtracting from the perfect equation of her friendship with Marnie. Until the day Jonathan was killed in a hit-and-run, and Jane's world shattered into a million pieces. Meanwhile, Marnie had been building her own universe: a wealthy financier husband, a career as a food and lifestyle blogger, an exquisite new flat. Jane is utterly grief-stricken, and soon realizes Marnie is moving forward without her. But she can't stand to be left behind--if only she could find her way back to the days when she and Marnie were each other's everything. Desperate, Jane is determined to win Marnie back. And so she tells the first of seven lies that will change everything. Soon, Jane finds herself spinning lie after lie, unable to reveal the truth for fear of losing the one thing she needs most: Marnie. Seven Lies is Jane's opportunity to tell the truth: her truth"--