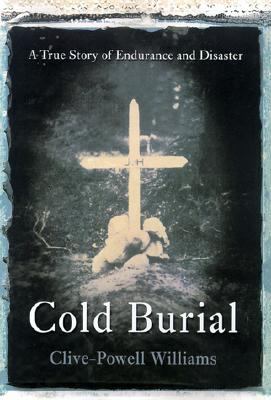 Jack Hornby was determined to make himself as great a name as George Mallory, Robert Scott, and T.E. Lawrence---self-assured, aristocratic, handsome, his life #8217;s ambition was to prove to his family and to the world that he could survive, even thrive, in one of the most inhospitable regions in the world. During the winter of 1926--1927, Hornby led a foolhardy expedition to the freezing Barren Lands of the Canadian Northwest Territories. The two men he took with him on this doomed Arctic expedition were his courageous but naive eighteen-year-old cousin, Edgar Christian (a descendant of Fletcher Christian, of HMS Bounty fame), and an old friend, Harold Adlard. After tremendous feats of courage, and colossal mistakes in judgment, all three men were to die #8212;their frozen bodies discovered two years later when a Mounty patrol came across their cabin. Perhaps the most chilling discovery of all was a diary kept by Edgar, who managed to stash it away in the stove before he, too, succumbed to cold and starvation. An extraordinary document, Edgar #8217;s diary recounts exactly what happened on that ill-fated expedition and why. Part suspense story, part adventure tale, Cold Burial is the haunting account of an ill-fated journey and the misplaced idealism that inspired it.

Battling the Elements: True Tales of the Wilderness Posted March 8, 2011