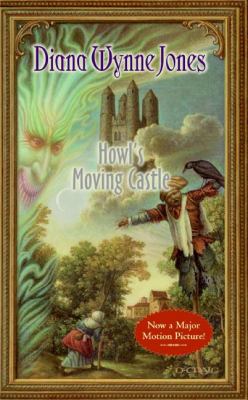 In which a witch bewitched the hatter's daughter -- and then some. . . .Sophie lived in the town of Market Chipping, which was in Ingary, a land in which anything could happen, and often did -- especially when the Witch of the Waste got her dander up. Which was often.As her younger sisters set out to seek their fortunes, Sophie stayed in her father's hat shop. Which proved most unadventurous, until the Witch of the Waste came in to buy a bonnet, but was not pleased. Which is why she turned Sophie into an old lady. Which was spiteful witchery.Now Sophie must seek her own fortune. Which means striking a bargain with the lecherous Wizard Howl. Which means entering his ever-moving castle, taming a blue fire-demon, and meeting the Witch of the Waste head-on. Which was more than Sophie bargained for. . . .