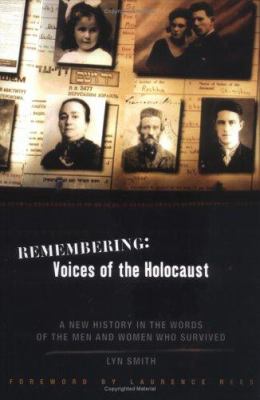 A landmark achievement in Holocaust scholarship, Remembering Voices of the Holocaust is culled from hours of first person accounts from survivors recorded for inclusion in the sound archives of both the Imperial War Museum in London, and the National Holocaust Museum in Washington, DC. In their own words, Jewish survivors as well as Gypsies, Jehovah's Witnesses, and both perpetrators and ordinary observers recount the entire horrific arc of the Holocaust from the ominous rise of the Nazi party during the Weimar days through the liquidation of the ghettos and the institution of Hitler's "final solution," continuing on to the liberation of the camps and the harrowing aftermath of the War.