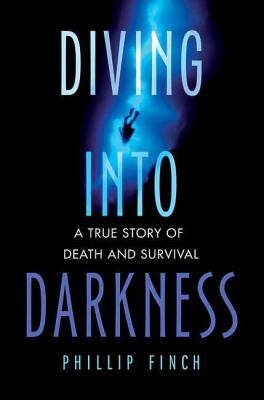 On New Year's Day, 2005, David Shaw traveled halfway around the world on a journey that took him to a steep crater in the Kalahari Desert of South Africa, a site knownnbsp;as Bushman's Hole. His destination was nearly 900 feet below the surface. On January 8th he descended into the water. About fifteen feet below the surface was a fissure in the bottom of the basin, barely wide enough to admit him. He slipped through the opening and disappeared from sight, leaving behind the world of light and life. Then, a second diver descended through the same crack in the stone. This was Don Shirley, Shaw's friend, andnbsp;one of the few people in the world qualified to follow where Shaw was about to go. In the community of extreme diving, Don Shirley was a master among masters. Twenty-five minutes later, one of the men was dead. The other was in mortal peril, and would spend the next 10 hours struggling to survive, existing literally from breath to breath. What happened that day is the stuff of nightmarish drama, but it’s also a compelling human story of friendship, heroism, ambition, and of coming to terms with loss and tragedy.