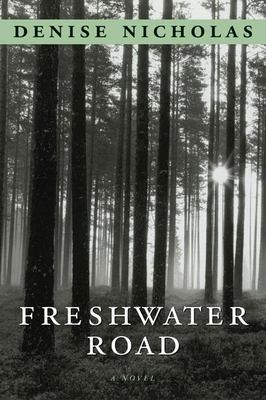 "Freshwater Road "is the story of one young woman's journey into adulthood via the political and social upheavals of the civil rights movement. A young black collegian, Celeste Tyree, leaves Ann Arbor to go to Pineyville, Mississippi, in the summer of 1964 to help found a Freedom School and a voter registration project as part of Freedom Summer. As the summer unfolds, she confronts not only the political realities of race and poverty in this tiny town, but also truths about herself and her own family. As Celeste gets to know her fellow activists and the people of Pineyville, she grapples with her father's disapproval of her decision to go to Mississippi. A numbers-running bar owner in Detroit, Shuck Tyree is proud of his daughter and proud of the opportunities he's provided for her; Celeste risking what he's offered by going to the violent South is not what he had planned. Long estranged from her mother, Celeste is rocked by revelations of wrenching details of her past. At the same time, she develops a deep relationship with some of the people she meets and befriends in Pineyville and learns that there are no easy answers to the questions that preoccupy her-about violence and nonviolence, about race, identity, and color, and about the strength of love and family bonds. Before her career as a film and TV star, Denise Nicholas worked with the Free Southern Theater in Mississippi in 1964, and in "Freshwater Road "she reaches back to bring that summer alive in this unforgettable first novel. Freshwater Road will prove to be one of the best and most important novels ever written about the civil rights movement in America.