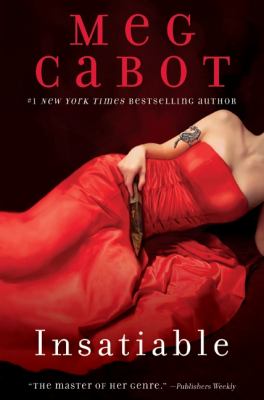 Sick of hearing about vampires? So is Meena Harper. But her bosses are making her write about them anyway, even though Meena doesn't believe in them. Not that Meena isn't familiar with the supernatural. See, Meena Harper knows how you're going to die. (Not that you're going to believe her. No one ever does.) But not even Meena's precognition can prepare her for what happens when she meets-then makes the mistake of falling in love with-Lucien Antonescu, a modern-day prince with a bit of a dark side. It's a dark side a lot of people, like an ancient society of vampire hunters, would prefer to see him dead for. The problem is, Lucien's already dead. Maybe that's why he's the first guy Meena's ever met whom she could see herself having a future with. See, while Meena's always been able to see everyone else's future, she's never been able look into her own. And while Lucien seems like everything Meena has ever dreamed of in a boyfriend, he might turn out to be more like a nightmare. Now might be a good time for Meena to start learning to predict her own future. . . . If she even has one.

Authors Who Write for Adults AND Teens Posted August 22, 2011