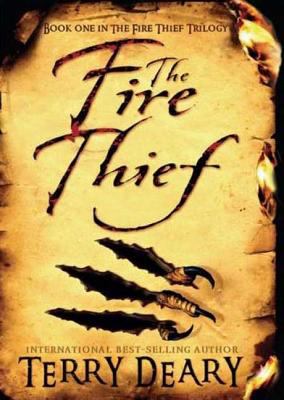 Now available in paperback, The Fire Thief hilariously reimagines the myth of Prometheus, the Greek demigod who stole fire from the gods and gave it to the human race. To escape the gods' revenge, Prometheus travels through time to Eden City in 1858. There, he befriends a young orphan, actor, and petty criminal named Jim. When Jim runs into trouble with the law, Prometheus is torn -- if he uses his powers to get his friend out of trouble, he will betray his hiding place to the gods. Terry Deary masterfully interweaves two plots, with action jumping at a whirlwind pace from Mount Olympus to the seedy taverns and elegant mansions of Victorian Eden City. Packed with puns, wisecracks, and sarcastic footnotes, The Fire Thief turns Greek mythology into a laughing matter.