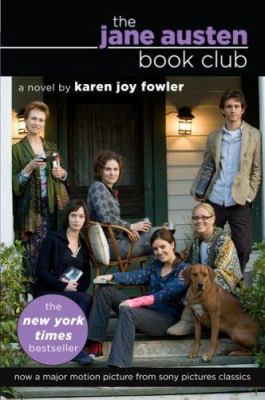 The Extraordinary "New York Times" Bestseller In California's central valley, five women and one man join to discuss Jane Austen's novels. Over the six months they get together, marriages are tested, affairs begin, unsuitable arrangements become suitable, and love happens. With her eye for the frailties of human behavior and her ear for the absurdities of social intercourse, Karen Joy Fowler has never been wittier nor her characters more appealing. The result is a delicious dissection of modern relationships. Dedicated Austenites will delight in unearthing the echoes of Austen that run through the novel, but most readers will simply enjoy the vision and voice that, despite two centuries of separation, unite two great writers of brilliant social comedy. ?This exquisite novel is bigger and more ambitious than it appears? Fowler's shrewdest, funniest fiction yet, a novel about how we engage with a novel. You don't have to be a student of Jane Austen to enjoy it, either. . . Lovers of Austen will relish this book, but I envy any reader who comes to it unfamiliar with her. There's no better introduction.' ?Patrick T. O?Connor, "The New York Times Book Review" ?Karen Joy Fowler creates a novel that is so winning, so touching, so delicately, slyly witty that admirers of Persuasion and Emma will simply sigh with happiness.' ?Michael Dirda, "The Washington Post Book World" ?Start quoting a few of Fowler's puckish lines and it becomes damnably difficult to stop. . . "The Jane Austen Book Club" amounts to a witty meditation on how the books we choose, choose us too.' ?David Kipen, "San Francisco Chronicle" ?"The Jane Austen Book Club" offers a sparklingrumination on the act of reading itself and how beloved books can serve as refuge, self-definition, snobbish barricades against other people or pathways out of the old self to a wider world. YIt is? a terrific comic novel about a closed society merrily transforming itself by reading.' ?Maureen Corrigan, NPR's "All Things Considered" YFowler? does so terrific a job of bringing her characters to life that Austen's work falls away like a husk. It's an impressive feat of homage, since Fowler essentially borrows Austen's great themes'and makes them her own. Miss Austen would be proud.' ?John Freeman, "The Denver Post"