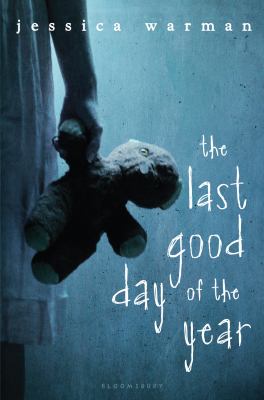 Ten years ago, New Year's Eve 1986, Samantha and her best friend Remy were 7-years-old. While their families brought in the New Year with a bang upstairs, Sam and Remy, along with Sam's 4-year-old sister Turtle, spent the evening in the basement watching movies and listening to the festivities above. Agitated that she had to spend the evening with her sister, Sam tells Turtle that she hates her and that she should go to sleep. Crying, Turtle snuggles into her sleeping bag and drifts off to sleep while Sam and Remy struggle to be the winner of the "who can stay awake longest" contest. When Sam looks out the basement sliding door and sees Santa Clause in the backyard, she has no idea that this will be the last time that she will ever see Turtle. After Santa sneaks in, picks up Turtle and her raggedy old bear, and steals off into the falling snow, Sam hears Remy scream and the two run upstairs to alert their families. What happens next on The Last Good Day of the Year by Jessica Warman is a series of events that will change their lives forever.

I expected this story to be about what happens to Turtle or how the police searched for her. However, the story took a different turn. The Last Good Day of the Year is about what happens to the family that is left behind. When asked if they could identify the kidnapper, Sam and Remy both agree that it was Steven, the much older boyfriend of Sam's older sister Gretchen. Steven had been around the family home often and Sam's father had, just that day, told him that he didn't want him seeing Gretchen anymore. With Steven's motive for wanting to get back at the family and the lack of substantiating evidence otherwise, Steven is sent to prison for his crime.

As a coping mechanism, Sam and her family move away and try to get on with their lives. Unfortunately, no one in the family has been able to "move on". When the family is forced to move back to the home where the abduction took place, Sam is suddenly faced with the past. Both she and Remy begin to question their recollection of that fateful night. Is it possible that fear colored what they saw? Could Steven be innocent? Was there someone else behind that Santa beard?

As Sam begins to remember other events that happened during the months that led up to Turtle's kidnapping, she realizes that she may have sent an innocent man to prison. This novel is full of interesting family dynamics. The reader is constantly questioning people's motives and intents. With many twists and turns, this deliciously dark and creepy story does not fail to deliver.