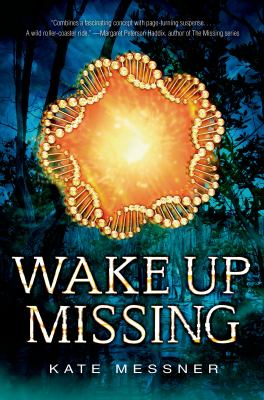 Cat is constantly dealing with massive headaches, nausea, and even mood swings due to a concussion that she received from falling out of a tree stand while doing her favorite pastime: bird watching.  The after effects of her concussion have become so severe that she and her mother are looking for anything to help Cat feel normal again.  Their prayers have been answered when an elite brain-science center in the swamps of Florida contacts them, but the only catch is- Cat would stay there without mom or dad.

During the tour of the facilities, Cat meets the other patients: Quentin, a football quarterback from Chicago; Sarah a hockey player from upstate New York and Ben an equestrian from Washington; all four of the have something in common, the part of their brain that was traumatized from their concussions.  There are two other patients at the facility, Kaylee and Trent but they are nowhere to be found because they are currently in Phase Three of their treatments.  Dr. Ames and Dr. Gunther are the two resident doctors at the facility and it is Dr. Gunther’s research that will be able to heal these patients.

At lunch one day, Trent appears.  Sarah goes to talk to him but he acts like he doesn’t know her and doesn’t know anything about basketball, a sport he adored before his third treatment started. Sarah is certain that something is wrong because Trent has changed.   Then Cat overhears Dr. Ames talking to Dr. Gunther and it sounds like they are talking about Kaylee, and how she isn’t responding to the treatments, in fact, she is dying.  Dr. Ames tells Dr. Gunther he cannot tell Kaylee’s parents about her tumors until the rest of the patients have successfully gone through treatment. This sounds very alarming to Cat and she tells Sarah.  Sarah and Cat go snooping and what they find makes them scared for their lives, but can they convince Quentin and Ben that they are in danger without alerting the doctors and staff?  How are they going to get away? Should they try and bring Trent and Kaylee?  Who should they trust?  You’ll find it all in this page-turning, suspenseful, science thriller.