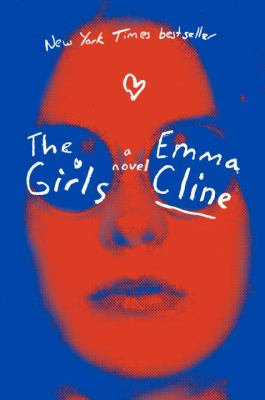 California, Summer of 1969. Evie Boyd is a lonely fourteen-year old. Like most girls her age, she is still trying to find her place in the world, grappling with a tenuous sense of self and by a fierce desire to fit in.  On the cusp of young adulthood, she faces being shipped off to boarding school by her self-involved and recently-divorced parents. She spends her time drifting among her adolescent peers, lost and growing bored.

Then, she meets Suzanne. A mysterious and free-spirited older teen, Suzanne is unlike anyone Evie has ever met. Suzanne lives in hippie-like commune with several other runaways on a dilapidated ranch house in the mountains. The commune's leader, Russell, is a charismatic, aspiring-musician who wields a strange power over the girls at the ranch who idolize him.

As Evie's friendship with Suzanne and the other girls grows, she finds herself drawn into their world. Their idyllic peace-and-love lifestyle seems to offer all that she's been denied: attention, love, acceptance. She begins to spend less and less time at home, unaware, or refusing to see, that she is becoming ensnared into their cult. As time passes and Russell's sanity, and the group as whole, starts to unravel, Evie finds herself heading towards an act of violence she can neither stop or escape from.

The Girls was inspired by the true-life story of Charles Manson and his disciples, the so-called Manson Family. But if you're looking for a new book on Manson and his infamous crimes, this book is not it. The real story here, as the title suggests, is about the girls. Their vulnerabilities, their anger, their obsessions, and what could cause an otherwise intelligent group of women to have such a cultlike devotion to a dangerous man. The sensational true story aspect takes a backseat to Cline's writing; her razor-sharp writing competes only with her understanding of the human heart. Ms. Cline wrote The Girls in her early twenties, sold it to Random House at the age of twenty-five for a reported two million dollars (a feat nearly unheard of for a unknown writer), but she writes with a unapologetic honesty and sensitivity that writers twice her age have yet to acquire.

If you enjoy The Girls, you may like other coming-of-age literary novels such as The Bell Jar by Sylvia Plath or White Oleander by Janet Fitch.