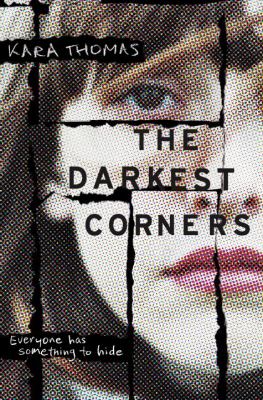 Think back to when you were a child. How clear are your memories? Could you describe who you met on the first day of school or what your parents said when they taught you to ride a bike? How about if you witnessed a crime? Would you be able to trust your memories from so long in the past? These are the questions that Tessa must ask herself. When Tessa and Callie were young, they were the only witnesses to a murder that put Wyatt Stokes, the Ohio River Monster, behind bars. But Tessa, now 17, wonders if her testimony was true. Was the killer’s voice really Wyatt’s? Did she and Callie tell the whole truth, or were they influenced by law enforcement? Is the real killer still roaming freely in the dusty, steel-town streets of Fayette, Pennsylvania?
When the murders begin again, Tessa and Callie realize that they must find these answers in order to understand what really happened so many years before. Along the way, they uncover connections that were previously ignored and further suspects who went unquestioned. In a thrilling story full of false leads, twists, and new revelations, the mystery will keep readers questioning their own judgments until the very end.
This novel offers the suspense of works like Gone Girl and Criminal Minds to young adults, and it is perfect for adults and teens alike that enjoy a good thriller. Try it, and let me know if you were able to uncover the identity of the Ohio River Monster.