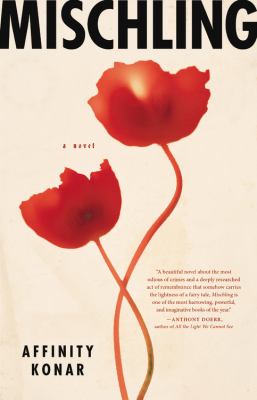 Twelve-year-old twins Pearl and Stasha Zagorski are mischlings, a term used by the Third Reich to describe someone with "mixed-blood", or half-Aryan, half-Jewish.

In 1944, the sisters arrive at Auschwitz-Birkenau with their mother and grandfather. Immediately after setting foot off the cattle cars, the girls are separated from their family and brought to the attention of Dr. Joseph Mengele. Soulless and depraved, Mengele has single-handedly sent hundreds of thousands of people to the gas chambers, earning him the moniker "Angel of Death." His fascination with genetics and eugenics compels him to collect unwilling human oddities: twins, triplets, dwarves, giants, albinos, and others. The children and few adults under Mengele's care, collectively known as the Zoo, endure both special privileges and unique horrors. For example, the inmates of the Zoo may be able to keep their own clothes and hair and receive extra food rations, but they're also subject to unspeakable human experimentation.

The first half of the narration alternates between Stasha, the dreamer, and Pearl, the realist, as they adjust to their new life in a concentration camp. Then, after the Red Army liberates the camp, Stasha and Pearl become separated and thrust into the chaos of war-torn Poland, each unaware of the other's fate. Their quests diverge--Stasha is bent on revenge, and Pearl tries to reclaim her identity and place in the world.

At times disturbing, yet unexpectedly uplifting and hopeful, Mischling is a coming-of-age story of sorts set in one of humanity's darkest periods. If you enjoyed the lyrical prose of All The Light We Cannot See, Mischling will astound you. So rarely has such an harrowing subject been written about so eloquently. An additional must-read companion book is Children of the Flames: Dr. Josef Mengele and the Untold Story of the Twins of Auschwitz.