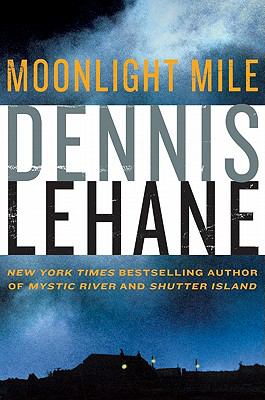 Moonlight Mile is about a two investigators taking on the case of a missing 16-year-old in Boston. The twist is that this girl went missing once before and was found over a decade ago. Our protagonists were on that case as well. Now the duo is married, older, and have a four-year-old daughter. Guilt and duty cloud their minds and despite warnings (verbal and physical) from a cast of gangsters, they get involved anyway. Certain choices from the first round of this case return to haunt them. The evils of child abuse, violence, and broken families blaze white-hot in Lehane’s cynical novel.

The private investigator genre exhibits dedicated detectives for moral and/or greedy reasons, and focuses on the lives of the detective characters themselves. This kind of book deals with relevant topics in the news at the time of the book’s writing and the themes and tones tend to be darker than in the other subgenres. By these guidelines, Moonlight Mile is certainly a private investigator mystery.

Moonlight Mile is for readers who enjoy gritty tone, wry humor and action, and prefer appeal characteristics focusing on characters and writing style over setting and fully-believable plots. The story is a good story but some of his previous work really shines. Beneath the action and drama driving his stories often thrums a political and social commentary. The writing is full of crass, rhythmic flourishes describing stains and cracks and textures of the Bostonian environment and its inhabitants.

A previous Lehane recommendation would be Mystic River -- a masterpiece. Still, give this a try. A newer book recommendation in this genre would be The Innocents by Ace Atkins, featuring vulgar characters, a strong sense of place, and dry, witty writing much like Moonlight Mile.