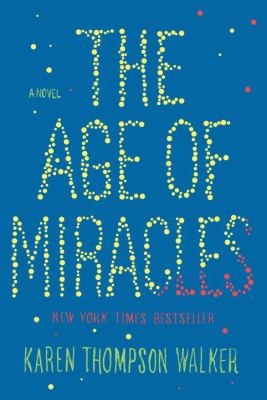 An adult narrator looks back on her time as an 11-year-old, in middle school, when the world as she knew it began to end. One day, Julia and her family wake up to find out that the world is moving more slowly than it was the day before. It's gradual--instead of a 24 hour day, they get 25 hours. But as the days grow in length, the very serious effects of a slowing world reveal themselves.
For Julia, even as the world ends, she's focused on losing her best friend, how to talk to the boy she likes, and what her father is doing when he says he's working long hours. It is such a human and self-centered way to think that it truly feels realistic. While the book isn't a fast-paced science fiction thriller, it certainly gripped me and made me fearful for these characters and their slowing earth. Walker has a fantastic voice that will draw you into Julia's world.

If this sounds interesting, you may also want to try The Leftovers by Tom Perrotta or Parable of the Sower by Octavia Butler.