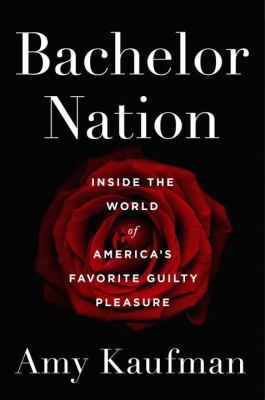 I wouldn’t say that I’m a dedicated member of Bachelor Nation. I’ve only seen one or two seasons of the show. But I love books about current trends in pop culture—and The Bachelor has certainly been a long-lasting trend. The show has been on air since 2000. We know that the relationships that come out of the Bachelor rarely, if ever, last—so why do we keep tuning in?
Written by an L.A. Times journalist, the book is written in an accessible, humorous way—it’s like talking with your best friend. Between each chapter is a short essay from celebrities like Amy Schumer on why they are fans, which are equally as entertaining.
I recommend this book if you love The Bachelor or other reality television programs, or if you’re interested in studies of pop culture phenomena. If this sounds good, you might also like So You've Been Publicly Shamed by Jon Ronson or As You Wish: Inconceivable Tales from the Making of The Princess Bride by Cary Elwes.