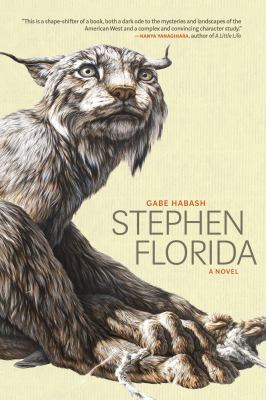 A coming-of-age story, a sports novel, and a psychological character study: Stephen Florida endeavors to be all of these things and more. It’s also a strange and atmospheric novel about obsession, loneliness, and madness. Narrated by a unique character and written in pitch-perfect prose, Stephen Florida is the best book I've read this year.

Meet Stephen Florida, the title character in Gabe Habash's promising debut. Unpredictable, unhinged, introspective, sensitive, and wry, Stephen is Holden Caulfield, Donnie Darko, and Rocky Balboa. An orphan and a college senior in 1980s North Dakota, he has one single-minded goal which consumes his whole life: to win the Division IV wrestling championship in his weight class.

If that sounds boring, it's not. Stephen Florida is the kind of character-driven book where the plot is thin and doesn't matter. You don't have to care about sports or wrestling (I don't) to appreciate this book. The real story here is inside Stephen's head, as he navigates the lines between obsession and insanity, greatness and suffering. His musings and asides are genuinely funny. After a knee injury deters his dreams and threatens his sanity, his head gradually becomes an uncomfortable place to be. Nevertheless, Stephen's unrelenting voice will hold you in its grip and never let go.