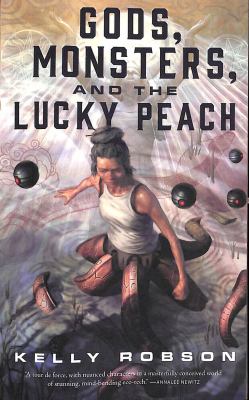 Plague baby Minh has spent her life working to restore the rivers of a ruined Earth. Even in 2267, securing funding for habitat projects is a virtually impossible task. Then those still inhabiting the underground hells invent time travel. Minh and her team become the first to travel to 2024 BCE to study the Tigris and Euphrates rivers searching for the clues that will make life on future Earth viable again. But what Minh does not account for are the reactions of past people to the new stars in their sky and the gods and monsters they see appearing in their rivers. An historian in the group with his own agenda leaves the team at the mercy of fate. Robson interweaves ancient lore and suspicion with imaginings of future tech into an engrossing story of adventure.