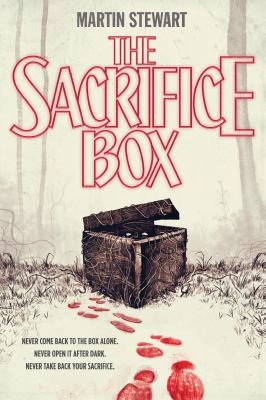 Never come back to the box alone. Never open it after dark. Never take back your sacrifice.
These are the three promises that five teenage friends-Sep, Lamb, Arkle, Mack, and Hadley make when they put their sacrifices in the ancient box they found in the woods. Four years later, they are no longer friends but are forced together again when it becomes clear one of them broke the rules. Terrible dreams, creepy crows and a bunch of zombie animals are just the beginning of the horrors they face as their sacrifices come back to haunt them. A little slow to start, the ending ramps up the humor and gore as the group desperately battles an ancient evil. You will never look at your teddy bear the same way again.