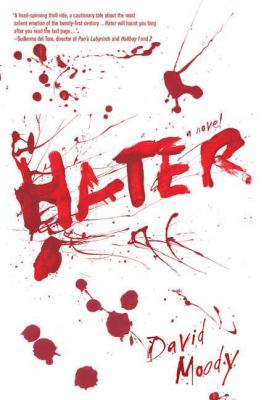 Raw, seething, instinctual rage courses through the blood of every human being.  Although the vast majority of the population never acts on this urge, we have all certainly felt pure rage at one point in our lives.  David Moody's novel Hater explores what would happen if that sobering voice in the back of our head was extinguished and we were free to act on every violent whim.  Meet Danny McCoyne: husband, father, working stiff.  Danny's life is remarkably ordinary; he has a job that doesn't pay enough, a stuck- up boss, a father-in-law who can't stand him, money woes, and a cramped living situation.  Over the course of a nightmarish weekend, Danny witnesses startling, horrific attacks throughout his hometown. First the attacks seem to be random violence toward strangers, but soon start to spread into the workplace and families.  Not even the government knows why these attacks occur, and the media dubs the instigators "haters".  Driven by the paranoia that a hater might attack anytime, anywhere society begins to crumble and people are forced to isolate themselves in their homes. Can Danny protect his family from the "haters"?  Or is one of the McCoyne family in fact, a "hater"?