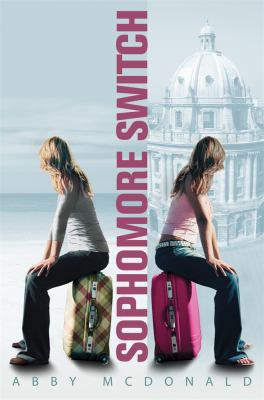 Natasha is an American party girl, a sophomore at University of California-Santa Barbara and the most notorious girl in the country right now thanks to a drunken hot tub encounter with the male half of one of reality TV's most beloved couples. Emily is English, a sophomore at the prestigious Oxford University and is as studious as Tasha is a partier. Emily has recently been dumped by boyfriend Sebastian for being "frigid". With both girls eager to escape their current turmoil they embark on an exchange, taking on each other's class loads and living situations for a semester. While in London, Natasha faces the pressures of the rigorous academic standards in addition to adjusting to the more conservative environment at the school. While tight short skirts and clingy low cut tops were everyday wear in sunny Santa Barbara, in London, she comes across as the quintessential dumb blonde with more boobs than brains.  Emily, who was admittedly meticulous to point of being a control freak, can't seem to embrace the extremely laid back attitude that her new classmates have about their class work, let alone about hooking up. As both struggle to fit in their new surroundings, the two girls, who initially seemed so different, turn to each other for help. While the tone of the book is light and fun, first time author Abby McDonald raises some serious questions, mainly, what does feminism mean to young women today? Can you be care free and fun, exploring your sexuality without setting back the struggle for equality? Intelligently written with realistic dialogue and plenty to think about when it's done, Sophomore Switch offers a fast-paced novel that reads like a guilty pleasure without the guilt.