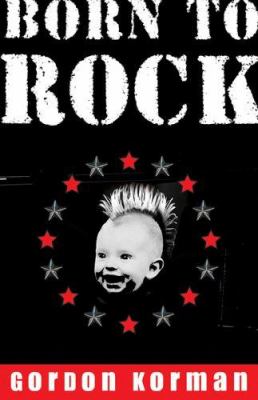 High school senior Leo Caraway might be somebody we'd have trouble being friends with: he's a clean-cut Young Republican who tinkers with a mock stock portfolio and brags about his early admission to Harvard. Then his world comes crashing down when he discovers that his dad is not his biological father ... no, that turns out to be King Maggot, the world's most famous and reviled punk rock icon of the 80s. When Leo surprises himself by taking a stand in school to stick up for an outcast kid against a bullying teacher, he loses his scholarship to Harvard and finds himself working as a roadie on King Maggot's reunion tour. Let's just say Leo learns more about life and ultimately himself than he would in the Ivy Leagues. Oh, and it turns out the Goth chick girl-next-door isn't so bad after all ... and neither is King Maggot. In Born To Rock, author Gordon Korman has a great premise here with a likable main character caught up in the sorts of outlandish situations a Young Republican wouldn't expect. The story is peppered with one-liner wisecracks and poignant rock n' roll moments. This is supposed to be a teen novel, but parents who lived the 80s will see themselves in the middle-aged characters and smile as they indulge in a bit of nostalgia.