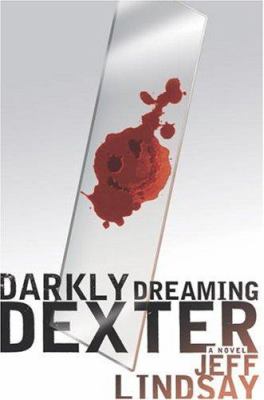 To the outside world Dexter Morgan is everything an upstanding member of society should be. He's a highly respected lab technician for the Miami Dade Police Department. He's polite, handsome, supportive, and knows just the right things to say. But appearances can be deceiving. This seemingly normal young man is harboring what he likes to call his "Dark Passenger" who drives him to commit the occasional dismemberment. But Dexter's not just a bloodthirsty brute, he only kills the dredge of society-those who prey on the innocent. Dexter is fully aware of his monstrous side; however he is extremely likeable even when he's stalking a potential victim. Armed with a sarcastic (and often times self-deprecating) wit, Dexter rids Miami of one criminal after another. Until the victims of another serial killer show up. Resembling an uncanny resemblance to his own murders, these victims fascinate Dexter. As he becomes involved in the case through his police officer sister Deborah, he realizes that this killer isn't just copying his technique but inviting Dexter into a macabre game of cat and mouse. Despite the sometimes shocking subject matter, the reader cannot help but to root for Dexter as he discovers both the human and monster in him. The story, as told through inner voice of Dexter, the story is wickedly funny, fast paced, gritty and highly original.