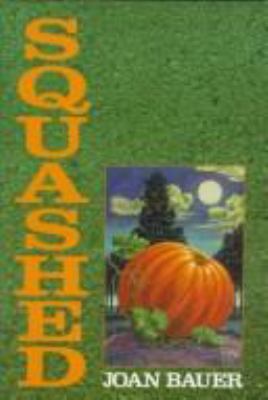 Squashed by Newberry Honor winner Joan Bauer tells the story of a tomboyish teenager named Ellie Morgan and her pumpkin, Max. Max isn't just any ordinary pumpkin, but a (hopefully) prizewinning entry in the annual Rock River Pumpkin Weigh-In. Along the way, Ellie must confront frost, rot, rivals and teen angst involving rocky relationships with her dad and would-be boyfriend. A baseball-obsessed cousin named Richard is a goofy character who adds a lot of laughs and is probably Ellie's best (human) friend. The story is told in a folksy, funny fashion that reminded me of a cozy mystery or a fable - at times the author seems to be channeling an updated version of Huckleberry Finn. This is a young adult novel that might be overlooked in the craze for vampires, fallen angels and "chick lit," and what a shame that would be. Squashed is a welcome break for anyone who wants a funny, quick read that will leave you feeling upbeat and perhaps with an urge to start raising giant pumpkins.