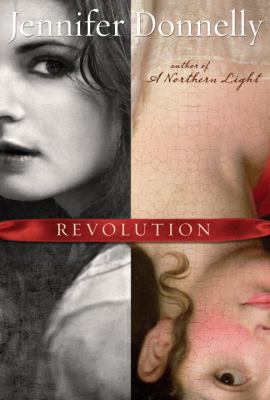 If you like your historical fiction with a modern twist, check out Revolution by Jennifer Donnelly. Since the death of her brother two years ago, Andi's life has spiraled out of control. Her family is a wreck, her grades have tanked, and her self-destructive behavior has almost pushed her over the edge on multiple occasions. Only her music seems to be able to pull her back from the brink. Just as things completely fall apart, Andi's father steps in and forces her to spend her winter break with him in Paris after her school threatens to expel her. While there, Andi uncovers a secret journal written by Alexandrine, a teenager who lived in Paris during the French Revolution. Alexandrine's gripping tales of her life and her struggles to survive the Revolution take Andi's mind off of her own troubles and parallel her own story at the same time. Meanwhile, Andi's drive to play music introduces her to Virgil and his life in modern-day Paris. Are the intrigues of the past and the draw of the present enough to save Andi's future?