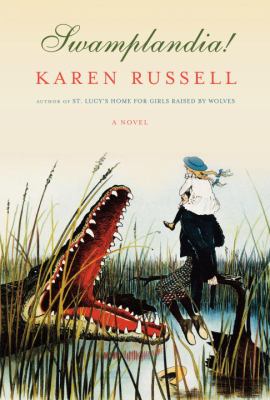 This is one of the strangest and saddest novels I've read in a long time. Set mostly in the Florida swamps, this literary novel is sort of like William Faulkner meets Carl Hiaasen meets John Irving meets "The Beans of Egypt, Maine." The novel tells the story of the Bigtree "tribe" of alligator wrestlers who inhabit a swampy island and who have for decades made their living entertaining tourists. The family members are fun and quirky, sharing several fascinating tips on wrestling gators. When the book opens, the children's mother and the star act at Swamplandia! has just died of cancer. Swamplandia spirals quickly toward bankruptcy when a bigger, corporate theme park opens on the mainland. The way that each family member copes with these dual loses is what gives the novel its plot and heart, plus its touches of Faulkner. There was a time when mom-and-pop "roadside attractions" like Swamplandia! were common enough ... locally there was Circus Park or Sunset Park or even The Enchanted Forest out in Ellicott City, Md. Swamplandia! managed to hold out longer -- but I suspect that the family's failed dreams and reduced circumstances are really a metaphor for recession-era America. And like those tourists watching the alligator wrestling, I found it hard to turn away from the spectacle.