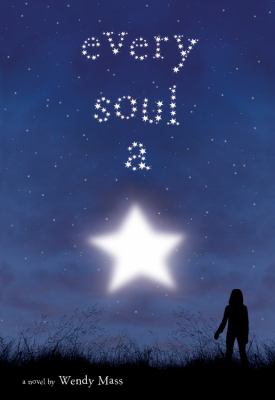 In "Every Soul a Star" by Wendy Mass, the lives of three teenagers converge at a remote campground right before a solar eclipse. First we have Ally, an independent homeschooler whose parents own the Moon Shadow campground.  She loves everything about living at the campground, but doesn't know much about life beyond it. Then there's Bree, a beautiful social butterfly with plans to be a famous model.  Bree is horrified to discover that her scientist parents will be taking over the campground from Ally's family, and she will be have to give up her dreams for the sake of her parents' research.  Understandably, Ally is also shocked and upset at the prospect at leaving the life she knows so well. And finally, there's Jack, an outcast who would rather draw than interact with people. He is given the option to be his science teacher's assistant on an eclipse tour rather than attending summer school, so he quickly has to get used to not spending all of his time alone.  As the eclipse draws nearer, all three teens begin to take on important roles in each other's lives. Ultimately, they discover that they are able to cope with big changes with a little help from new friends.

Wendy Mass did a great job of combining well-developed characters with fascinating scientific details.  After reading this book, I'm anxious to check out the rest of her books.  Also, it has me convinced that I need to seek out the next solar eclipse in the USA in 2017!