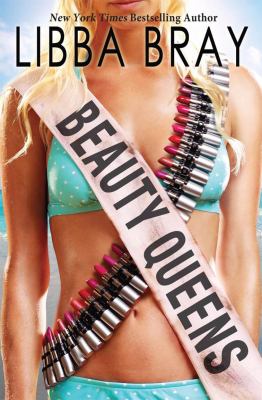 When the plane carrying the contestants for the Miss Teen Dream Beauty Pageant crashes on a mysterious remote island, the surviving girls must learn to work together to build shelters, find food and continue to practice their pageant skills. Because after all, in the words of the greatest Miss Teen Dream ever, "In the pageant of life, a girl picks up fallen sequins and turns them into a brand-new dress of awesome."

Over the weeks on the island the girls learn that they are more than just the stereotypes they portray in pageants. They explore what it means to be feminine and a feminist, to explore and own their sexuality, oh, and to try to overthrow an evil conglomerate called The Corporation. In a grand attempt to overthrow the American government, The Corporation is negotiating an arms deal with MoMo B. ChaCha, an Elvis obsessed dictator of a small nation whose second in command is a small stuffed lemur named General Good Times. Sound crazy? Just wait till the hot pirates arrive.

This novel is an over-the-top, satirical take on everything from reality T.V. to politics to consumerism to the tribulations that women endure in the name of beauty. There is nothing subtle about this book, so it's not for everyone and it's a long ways away from Bray's Gemma Doyle trilogy.

Lock and load Teen Dreamers, things are about to get real and nobody is going to steal our pretty!

Wow! This sounds like it will be a fun read.

Whoa! I can't WAIT to read this! Awesomeness rocks!