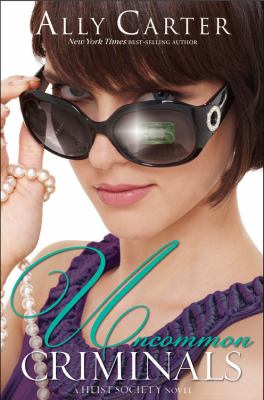 Katrina Bishop doesn't consider what she's been doing for the past several months to be stealing. She views it as reuniting pieces of art stolen during WWII with their rightful owners. So when she's approached with a story about a decades-old case of tomb robbery involving the Cleopatra Emerald, she can't help but be intrigued. The emerald is a legend among thieves. While many have tried, no one has ever been able to steal it. Some say it's cursed. But that's not going to stop Kat and her crew from going after it.

When Kat realizes she's been conned by a much more experienced thief, she sets out to track down the emerald and catch the thief before both disappear. Along the way, she and her friends discover that knowing all the old tricks and cons may not be enough. To catch someone who knows every trick in the book, they're going to have to come up with something new.

Kat initially insists on pulling heists alone, without the knowledge of or assistance from her friends and family. However, her preference for working alone (or running away from things according to one character) is challenged throughout the book. As if Kat's life wasn't complicated enough, a changing dynamic with her best friend Hale and the reappearance of Nick have Kat struggling with her feelings throughout the story.

Uncommon Criminals by Ally Carter is the sequel to Heist Society and picks up several months after Kat's crew robbed the greatest museum in the world. While we learn more about Kat's family and friends in Uncommon Criminals, there are still many questions left unanswered, suggesting that we have at least one more book in the series to look forward to.