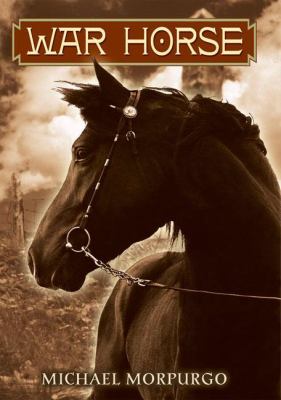 "War Horse" is a story about human kindness and cruelty, told from the horse's point of view. There is currently a popular Broadway play based on the book and a Steven Spielberg movie due out for the holiday season. The movie will likely be very good, but reading this touching book first will give a deeper appreciation for the story and the message. On the eve of World War I, Joey is a farm horse in England when he is separated from his much-loved farmer's son, Albert, and sent to train for the cavalry. His first action involves a cavalry charge--sabers, bugles and all--against German positions fortified with barbed wire and machine guns. Thus begins a very sad story about the futility of "the Great War" nearly a century ago in which 35 million people were killed and as many as 1,000 British horses alone died each day. After the ill-fated charge, Joey finds himself captured and pulling ambulances for the Germans. Joey is almost like an equestrian version of Forrest Gump because as a narrator he's never judgmental but simply describes his experiences and lets readers draw their own conclusions. This short novel would appeal to girls who love horses as well as boys who enjoy history and war stories. While the descriptions of war avoid any real violence or gore, the sense of loss felt in the pages makes this a book for older children or teens. This is a book that will leave readers thoughtful and might lead to further reading about World War I.

I just read War Horse and it was wonderful! It's a fast read but the narrative is descriptive and well thought out. I love that this book can be shared with young readers, as well, and everyone will take something away from it. What a great book!