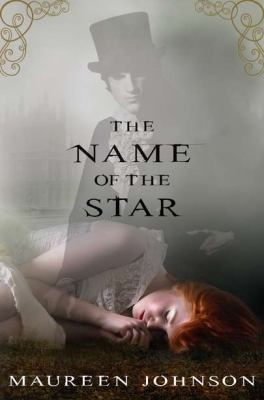 Rory Deveaux plans to spend her senior year a boarding school in London, a far cry from her life in Louisiana. While Rory is hoping for an exciting year at Wexford, she gets way more than she bargained for. Rory's arrival coincides with the first in a series of brutal killings that mimic those committed by Jack the Ripper almost 125 years ago and her new school is located squarely within the murderer's range. In the midst of the panic, Rory starts seeing people that no one else can see, including a man who may be the killer. When Rory shares what she saw with police, she's convinced they think she's crazy. But within a few days, Rory gets a strange new roommate and is drawn into the world of London's secret ghost police. Can the ghost police help track down the murderer before he kills again? What happens when he decides that Rory will be his next victim?

"The Name of the Star" is the first in the new Shades of London series by Maureen Johnson. It seamlessly blends the modern day coming-of-age genre that Ms. Johnson is known for with a paranormal thriller storyline. The result is a book that I didn't want to put down. The thriller aspect of the story definitely keeps you guessing and the twist at the end of the story should make for an interesting follow-up book in the future.