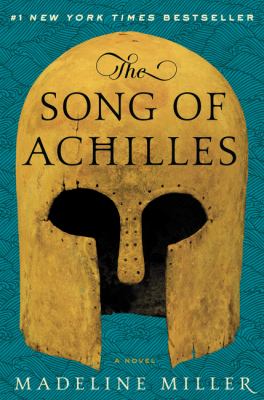 The legend of Achilles, greatest of the ancient Greek warriors, comes down through the ages once more in this new novel by Madeline Miller. The story narrated by Patroclus presents a very different Achilles from the brooding one portrayed by Brad Pitt in the popular movie Troy. There are several things to like about this retelling, especially the appearances from the Greek gods, a central aspect of the legend that's missing from the movie. While the battle scenes sometimes felt flat compared to the rich writing elsewhere, at its best the novel reminded me of the Mary Stewart books that reinterpret the legend of King Arthur as narrated by Merlin. Both authors are able to include unnatural powers in a way that makes them realistically fleeting and elusive. The new twist here is the focus on the love affair between Achilles and Patroclus. That tends to be the Achilles' heel of this book for those who might be uncomfortable with scenes involving the two Greek lovers. Consequently, this is not The Lightning Thief but a book for older teens and adults. If you like history and heroic stories, The Song of Achilles will be hard to put down. There's also a helpful Character Glossary that helps readers keep track of the legends and confusing Greek names. This novel is a page turner, even if we know how the legend ultimately turns out.