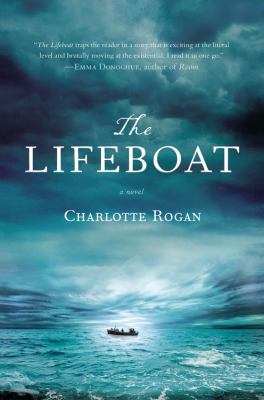 Grace is a survivor. Through careful thought and planning, she has successfully avoided the drudgery entombing her sister, a governess in Chicago. Surviving her second brush with fate is not proving so easy. Stuck with 39 of her fellow passengers aboard a lifeboat built for far fewer, Grace must watch as the Empress Alexandra takes both her husband and her new life to the bottom of the Atlantic.

Set in 1914 when women were still considered the "weaker sex," The Lifeboat turns this notion on its head as a group composed mostly of women fights to survive endless days adrift on the sea. What happens as the group fractures leads to a murder trial where the strength to survive becomes a liability rather than a gift.

A taut thriller riding the waves of the Titanic anniversary, The Lifeboat will appeal to readers of psychological mysteries. Read with A Cup of Tea by Amy Ephron for a deeper look at the stifling propriety of the World War I era.

This book intrigued me somewhat but not enough to check it out, so many other things on my list. However, after reading your review, I think I will check this out very soon. Thanks for the great review.