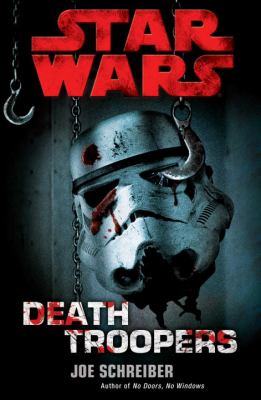 My son begged me to read this book. Having finished it in two days, no mean feat for this middle schooler, he wanted to "discuss" it with me. In his eyes, the combination of Star Wars and zombies was irresistible. Convinced by the promise that Han Solo and Chewie play a major part, I jumped right in, ready to be pummeled by zombie gore. Starting off, innocently enough, on an Imperial prison barge, thirteen-year-old Trig and his brother find themselves battling the Delphanian Face Gang for control of the underground contraband system. Then the barge breaks down with only a seemingly abandoned Star Destroyer as a means of rescue. As the boarding party returns spreading a deadly virus throughout the barge, the brothers find themselves trapped between the Face Gang and the painful hemorrhaging death outside their cell. The true nature of the abandoned destroyer and their route to escape provided some exciting plot twists and witty Han Solo at his best.

To my surprise, the gore level was not over the top and the action packed plot and vocabulary would make this a perfect book for a reluctant reader as well as any Star Wars fan. My son and I had a great time discussing the plot, but only after bonding over an all-day Star Wars movie marathon and some zombie-appropriate snacks.