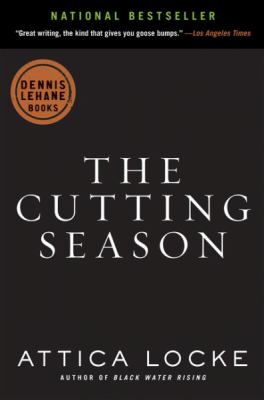 Obama had just been elected, and ironically, people are still making a living "working" on a plantation. Caren Gray is the manager of Louisiana's Belle Vie, a once grand sugarcane plantation turned historical tourist site. Living on site with her eleven-year-old daughter, Caren's job is a homecoming of sorts. Her mother worked at Belle Vie when she was a child, and her ancestry can be traced back generations to the first freed slave, Jason, whose slave quarters still stands on the grounds as a reminder of the past. When Caren discovers the body of a migrant worker on her side of the plantation fence she beings to learn of the many incidents that have been occurring on the plantation without her knowledge, and who on the outside of the fence may want their land. She also learns some disturbing facts about the plantation's past and its immediate future as the local police begin their investigation.

Complex and heated topics such as racism, class warfare, corporate greed, and political ambition elevates this readable novel above many of the novels this year which received much more publicity, not to mention her pitch-perfect plotting, likeable characters, and detailed sense of place; the southern elements are fantastic, full of sweat and sun and slang. Locke's insights into human nature are simply compelling as she illustrates the powerful way the past can influence the present. Fans of history, crime dramas, and books like The Help will love this book. Locke is an intellect and a thorough story teller and it shows in The Cutting Season.

As Matt says this book had so much going on, it was fantastic. I listened to it on CD and see that it must have been just as good as a read.