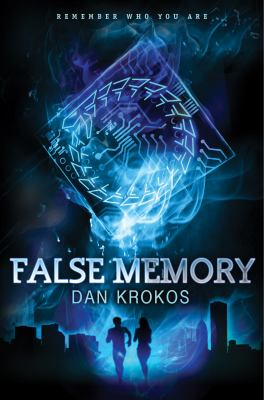 "False Memory" is a hard-hitting action/sci-fi, laced with romance and intriguing military secrecy. Imagine you're a teen, waking up on a bench in a mall with no memory. You get into an altercation with a security guard and some kind of power you didn't know you had explodes out of you, throwing everyone in a 50-yard radius into a frenzied terror. Your power is mental one. You are dangerous. You meet a guy minutes later telling you he knows you. You're his friend. His bunk-mate at the underground compound. What?

You are a genetically-modified weapon, and while your past is elusive, you decide to get to the bottom of it. Something very important about your origins is being kept from you. And certainly, the commander of the operation doesn't have your best interest in mind. The truth you find at the end of this book will shake you. Your soldier friends and lover aren't what they seem. Neither are you. And thousands of citizens might die because of you.

I'm not going to mince words: Dan Krokos had written a gripping debut thriller for older teens and adults. It's potential for a film is huge -- much like "Divergent" by Veronica Roth and "Hunger Games" by Suzanne Collins.