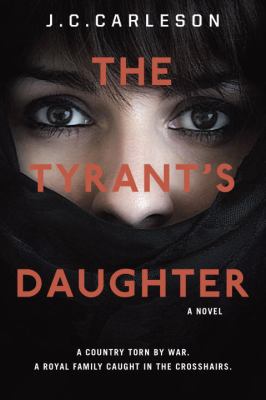 This is a story born out of the experiences of a former C.I.A agent, J.C. Carleson. It is an essential story for our time, giving readers a perspective that is not normally seen during these times of unrest in the Middle East. Although political dictators appear in the news constantly, we do not often hear stories of their families and how their children are affected by their actions.

The Tyrant's Daughter, however, is the story of Laila, a Middle Eastern teenager who flees from her homeland after her father is killed in a military coup. The novel begins when Laila, her mother, and her younger brother end up as political refugees in a small, dank apartment outside of Washington, D.C.

As Laila transitions into life in the U.S., she experiences the effects of culture shock, often noting the strange way the other teenagers at her high school seem to have such shallow desires, privileged lifestyles, and frivolous conversations that she cannot breach. Her feeling of foreignness only intensifies when Laila's classmates learn of her father's identity. As she walks through the halls, she hears words like "dictator," "murderer," and "tyrant:" words that she never associated with her father before. This drives Laila to the library after school, where she attempts to learn about the atrocities of her family's past.

As Laila discovers more about her family's history, she notices that the political intrigues of her homeland have followed her to the United States. At home, she often walks in on her mother in secret meetings with a rugged group of men from a rebel region of her home country or in covert discussions with a C.I.A agent.

As Laila's world spins out of control, she questions whether she can really trust her mother, the C.I.A, or the memory of her father. Ultimately, she decides that she can only trust her own instincts, which thrusts her into a position as a high-stakes player in a political scheme that she never signed up for in the first place.

The Tyrant's Daughter is a powerful story of self-discovery, told from a perspective that most readers have never seen before. It is a bold story of modern history, and it will make readers look more closely at the people who are positioned on the other side of the current political divide.